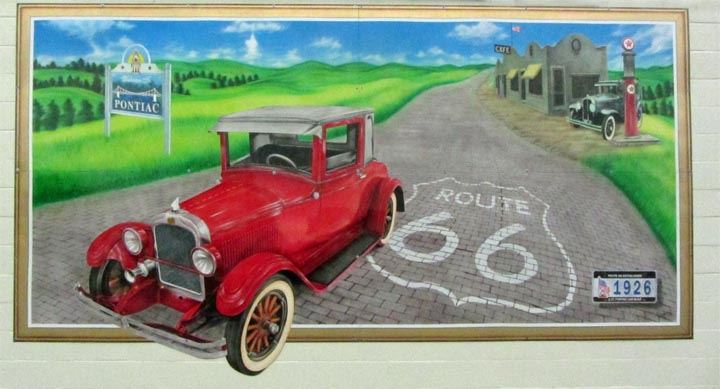 The Story Behind the Mural

In 1926 two very important events took place - events that would, over time, have an impact on the small community of Pontiac, Illinois.  The first was the creation of U.S. Route 66.  America's "Mother Road" would pass through the City of Pontiac and spur economic development.  The other 1926 event of note was the first year of General Motor's new Pontiac automobiles.  In this mural, both events are celebrated.  The car represented in the mural is a 1926 Pontiac, and it is parked along a section of original Route 66 as it ran through the City of Pontiac.

This mural was painted in 2015 by Tang Dongbai.