At Dargan Park, located at the corner of Madison and Fountain streets, one block south of Howard Street, a set of three statues can be seen.  The statues are made of steel plates and represent the "seasons of life."
Rusty in appearance and standing twenty-five feet tall, the three structures symbolize the human "changes" or "seasons" of growth during our lives.  Each statue represents a specific time in life: child, middle age, and older adulthood.  With each figure a maxim (A Greek aphorism or saying) evokes what those stages embody.  The Greek maxims can be found near each statue on large stones in the park.
The three metal figures are the vision of John and Nancy Dargan, and were designed and built by artist Barry Tinsley.  Tinsley was born in Roanoke, VA, and earned an MFA from the University of Iowa in 1968. 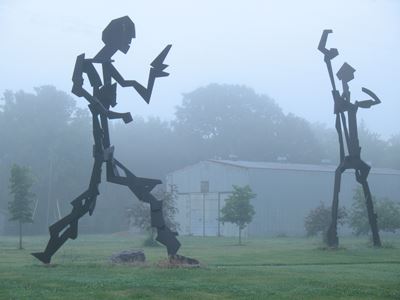 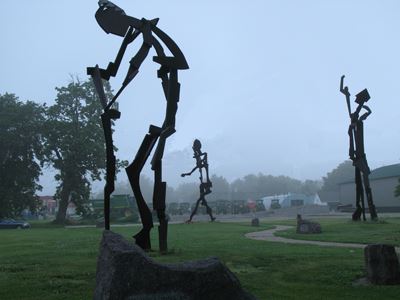 Certainly with all forms of art, many abstractions can be considered.  At an early age children display a lot of energy and motion in the daily process of growing and learning.  The sculpture of the child illustrates to us the early years of activity, movement, and energy.

During our middle age we demonstrate the passions of life, often with a fervor and eagerness.  To some, that might suggest a time to achieve power and control.  To others, it may indicate raising a family, building a future, or coming to a 'crossroad' in life.  If so, it is often a time to 'find' ourselves - who we are, why we're here on earth, and what we want to accomplish.  The middle age sculpture provides the reassurance during these years that life has begun to have meaning and gives us a choice, displayed in the ambiguity of the statue, as if it is reaching out to grasp the moment. 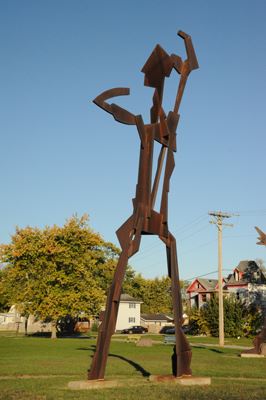 Finally, the old age statue shows us the change in physical appearance that signifies our elder years.  Along with the aging process comes a level of maturity and wisdom to 'give good advice',  to mentor others, and to live life to its fullest.  For no matter where we are along the avenue of our 'seasons' of life, we should all know that "All Things Change And We Change With Them." 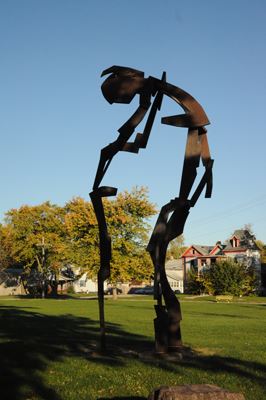