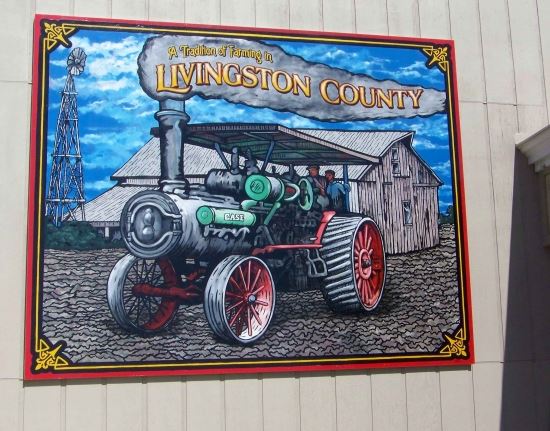 Farming has always been the backbone of the town of Pontiac, and all the surrounding towns in Livingston County. Every Labor Day week Pontiac hosts the Central States Threshermen's Reunion. The Reunion has been an annual event since 1949.

This mural celebrates the farming roots of the area, as well as the steam powered machines which were the first of many steps moving agriculture into the modern age.

The mural was designed by Michael Clark, a resident of Aleda, Illinois where he has a sign business which he began in 1983.