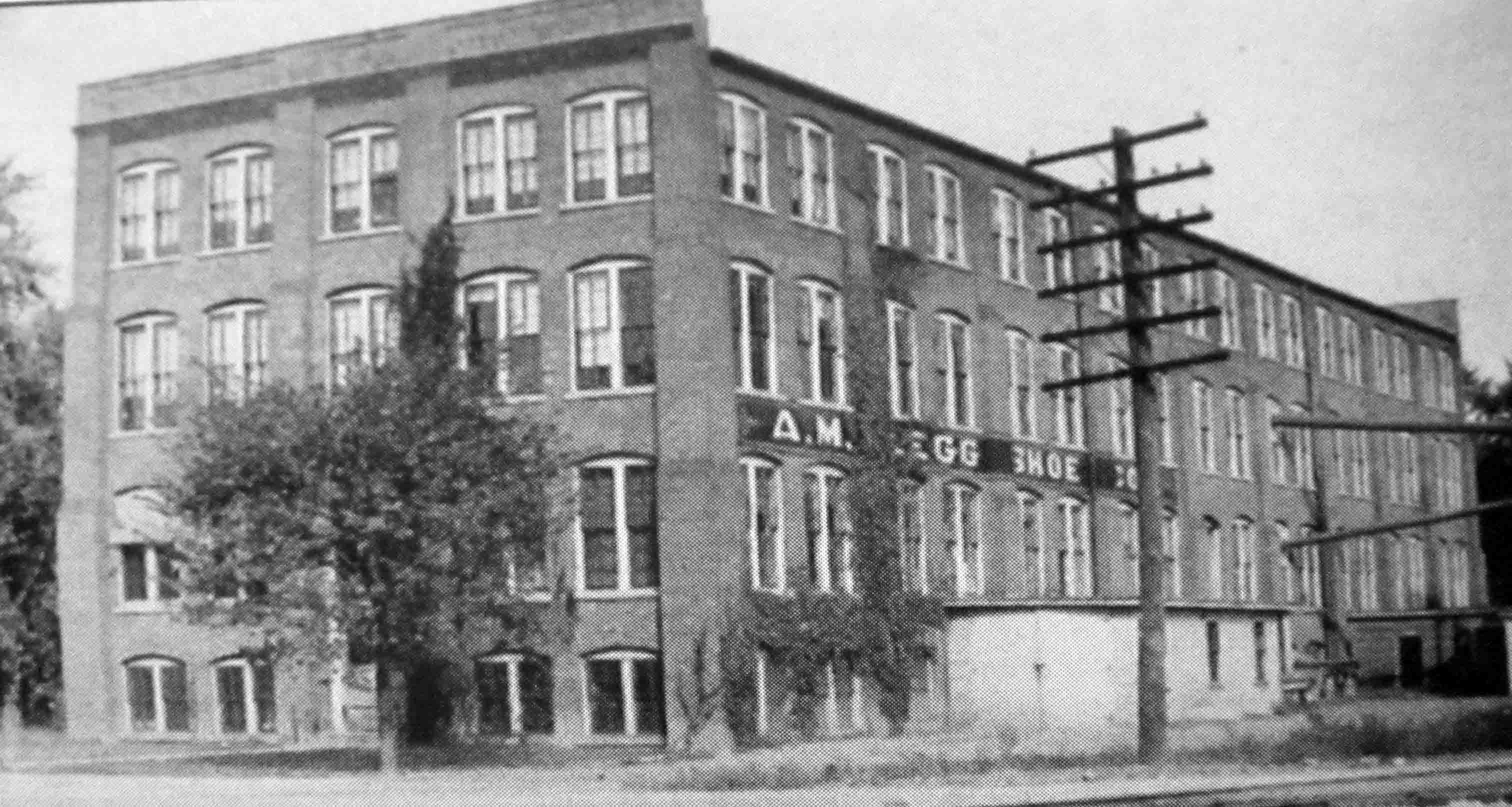 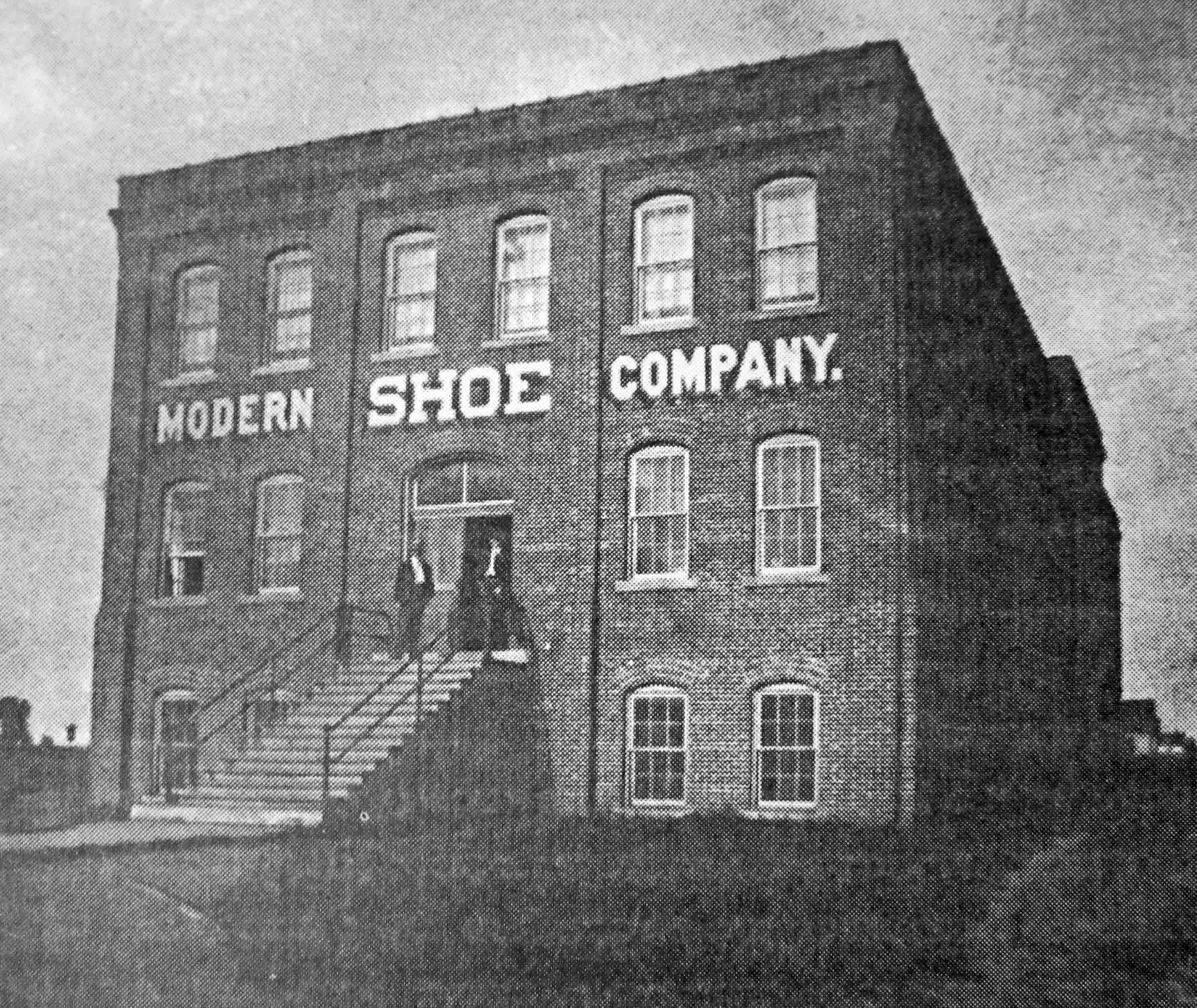 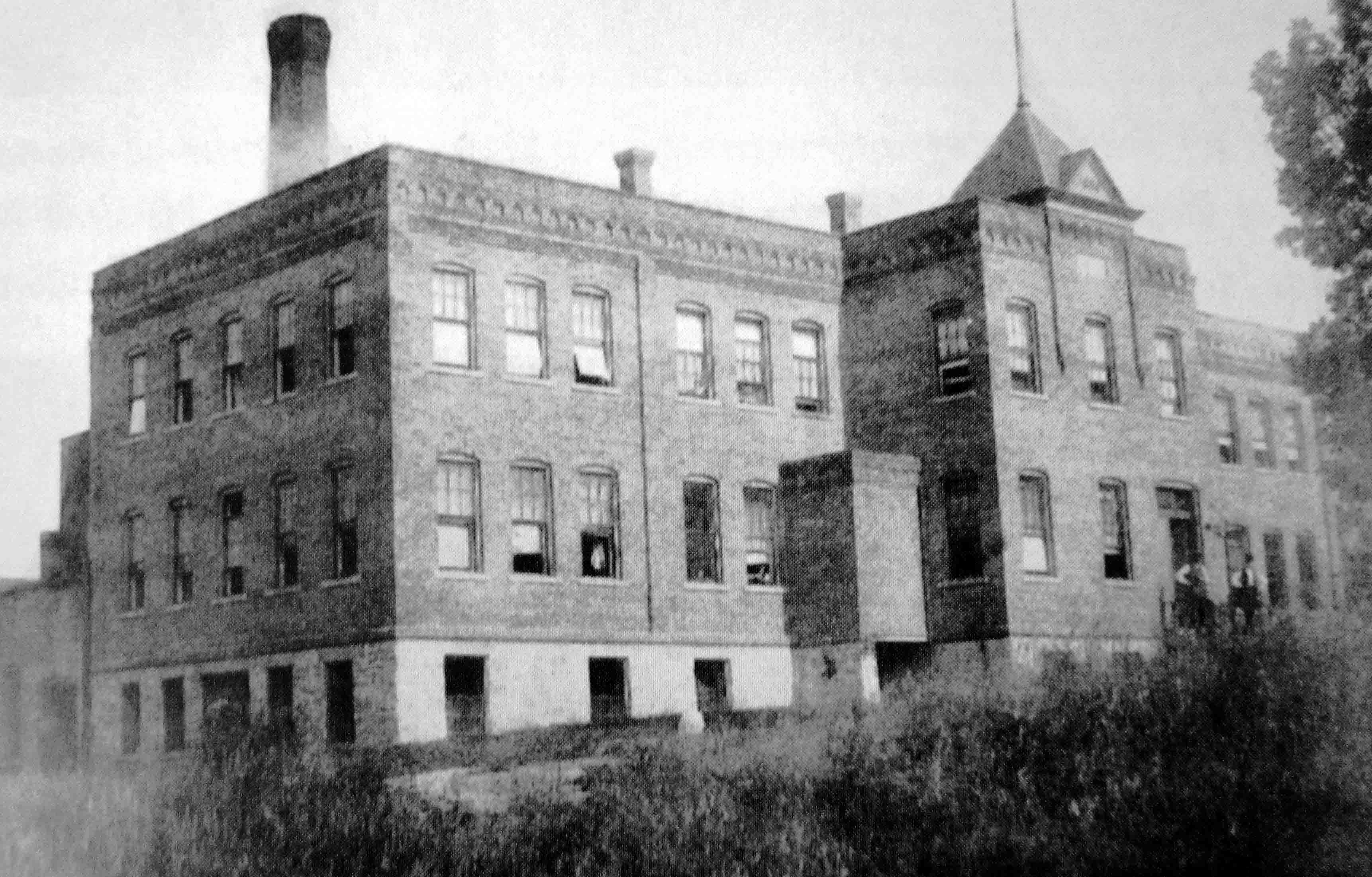 The history of making shoes in Pontiac began with one of the training options available to young men under the supervision of the officials at the Illinois State Boys Reformatory. The Reformatory, which opened in 1871, was essentially a correctional school for boys, ages 8 to 16. The young males sent to Pontiac had either committed a crime or, by some other means, become wards of the state. While at the institution, the boys were expected to learn, at the very least, the rudiments of a trade - a career path that would help them to develop into respectable and law-abiding members of society. Woodworking, baking, blacksmithing, tailoring, pipe-fitting, engine repair, and of course, shoe making were among the alternatives from which the boys could choose. Those who selected shoe making learned their new trade both by working as an apprentice for a master shoe maker, and by serving as a machine operator in a small shoe factory located inside the Reformatory. 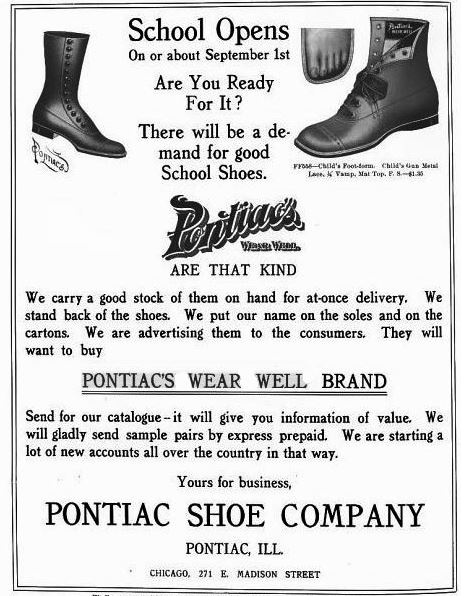 Between seventy and eighty young men were employed making shoes in the factory associated with the institution. Nearly 300 pairs of boots or shoes were turned out daily. The con­tractors, Messrs. Tead & Son, paid eighteen cents per day (of six hours each) for the services of each boy employed.  In 1881, the local firm of Lyon and Legg entered into an agreement with the Reformatory and took over the marketing and sales of the shoes from the Tead and Son company.

Clark Edgar Legg, a native of West Virginia, moved to Illinois with his parents at the tender age of one. As a young man, he worked as a clerk in D.M. Lyon’s downtown Pontiac retail shoe outlet. Later, the two men became partners and using the connection to the Boys Reformatory shoe factory, built a successful footwear business. Their company was later succeeded by the R.P. Smith Sons and Co., a Chicago based shoe seller established in 1859.

In 1889, C.E. Legg formed his second shoe-manufacturing business, the Pontiac Shoe Manufacturing Company, makers of the “Pontiac’s Wear Well” line of shoes. By 1918, their factory was producing 1,500 pairs of ladies, misses, and children’s shoes and slippers daily.  The factory employed as many as 500 workers and had sales reach $440,000 per year (That would be the same as about 6.2 million in 2014 dollars).
Almost immediately other shoe making concerns came to the city and added to Pontiac’s growing industrial sector. In 1901 the Peasley Shoe Company of Rock Island, IL built a factory here. However, Peasley Shoes did not last long, and two years later, the Modern Shoe Company was started in the former Peasley shoe factory. They made shoes using the Goodyear Welt construction technique, and the McKay shoe sewing method. The Modern Shoe Company operated here in Pontiac until 1913 when it closed and locked its doors.
Also in 1903, C.E. Legg’s brother, Achalis Morris Legg, established his own shoe company. The manufacturing facility for the A.M. Legg Shoe Company was known locally as the “West Side Shoe Factory,” and the company's most notable product was a line of women's shoes that was marketed as "Dr. Legg's Foot Ease."   Within a short time, the A.M. Legg Shoe Company bought Peasley Shoe's patents, some of their equipment, and dramatically increased its own levels of production with sales reaching $200,000 by 1918. A.M. Legg manufactured “Wilson-Sewed” shoes under license from Wilson Process Incorporated of New York City.
The year 1906 s​aw the creation of the L.T. Dunn Shoe Co. in Pontiac. The Dunn Company made high grade shoes for men and women, and specialized in their line of children and baby soft-soled footwear.
By the late 20s and early 30s, Pontiac’s place in the shoe industry was eroding. The fiscal realities of the Great Depression led to the closure of many small manufacturing concerns across the country. The story was no different here as two of Pontiac’s shoe factories shuttered their doors. In 1931, the A.M. Legg Shoe Company shut down. And, after 46 years as a shoe maker, his brother C.E. Legg closed his factory, the Pontiac Shoe Manufacturing Company, in 1935. Neither company could compete in a collapsing marketplace where bankrupt shoe firms were selling out their entire stock at prices below cost in order to stave off creditors. 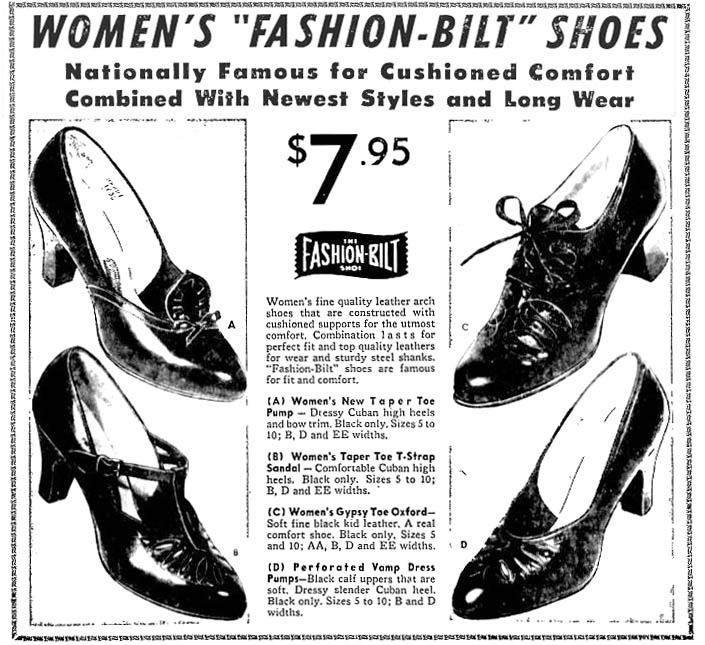 However, the Great Depression did not shut down Pontiac's shoe industry completely. In 1933 the Fashion-Bilt Shoe Company of Chicago opened a production facility here. By the early 1960s, the Fashion-Bilt factory was employing more than 500 workers. In 1941, the Brockton Heel Company of Brockton, MA, put a heel factory inside the former Pontiac Shoe Company building. A second heel producer, the Pontiac Heel Company, competed with Brockton Heel for many years. However, by the middle of the 1980s, both of the heel makers and all of the shoe factories in Pontiac were closed